In 2014 I came across OctaneRender, “the world’s first and fastest unbiased, spectrally correct GPU render engine.” Within a few months of using it, I realized I would need far more GPU power to hit the deadlines in front of me. I contacted Sebastian Michalski (AKA smicha for Octane users) and he built a powerful 2x Titan X machine to solve my rendering needs. At the time, Yambo Studio was still in its infancy, and this machine met and surpassed my needs until the end of 2015. 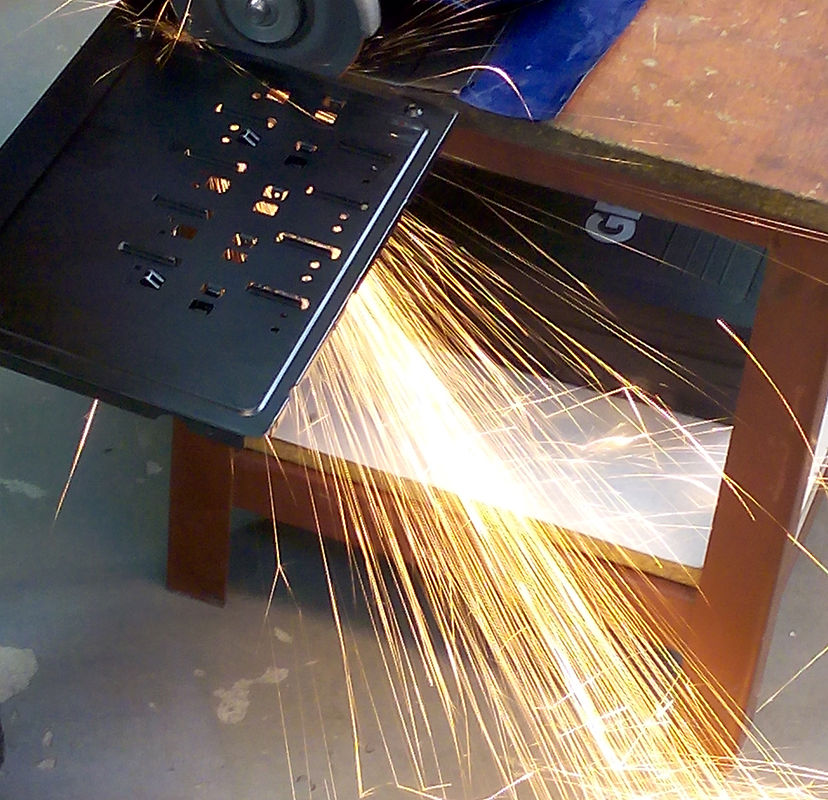 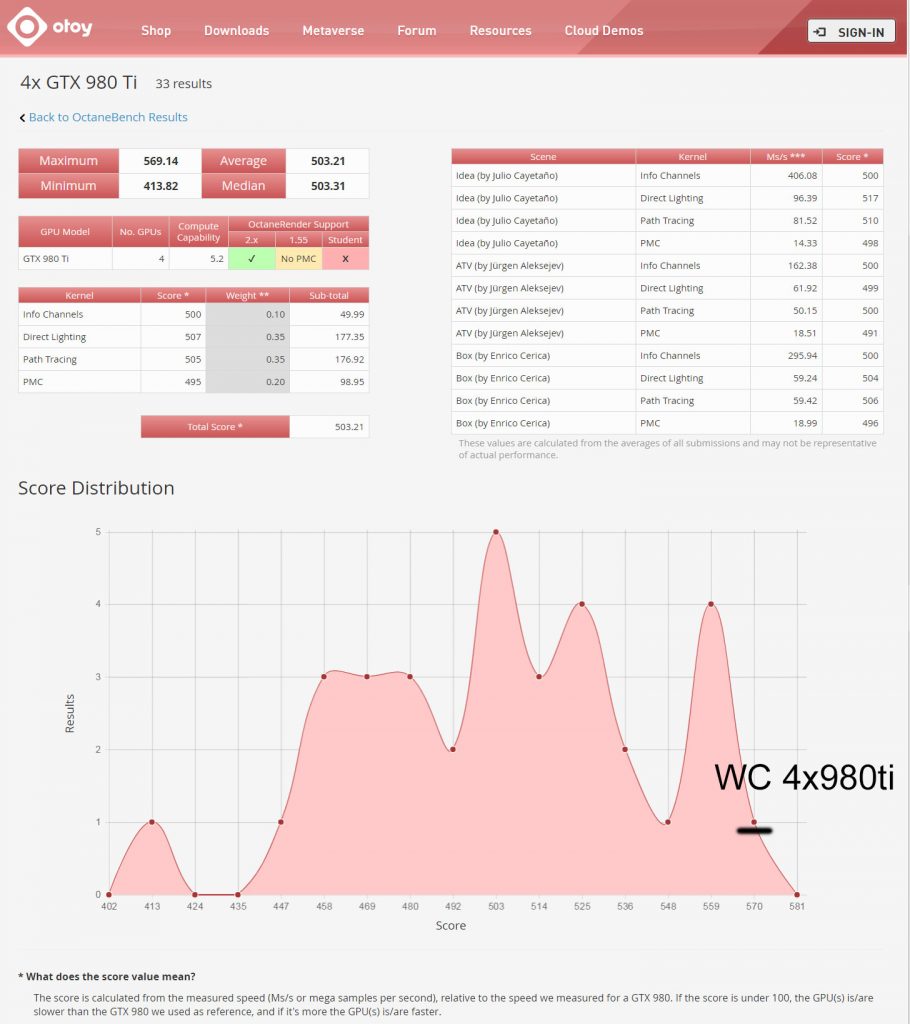 In January of 2016, my rendering needs increased yet again so I sold my 2x Titan X build, and began planning the next GPU workhorse with Sebastian. This process involved many considerations: Should we go with 7x 980Ti underwater on a single board and get ~1000 in terms of OctaneBench? Wait for Pascal? Or just go with a solid 4x 980Ti build and hopefully score ~600 in terms of OctaneBench?

After much thought, I went with 4x single slot 980ti’s and combined them with the best parts possible.

For the case, we chose the black Phanteks Enthoo Primo. Phanteks offers a great value and WC performance with the reasonable price of 200EUR. In order to put the aggressive amount of hardware inside properly, Sebastian carefully planned the layout and even modified the case slightly. 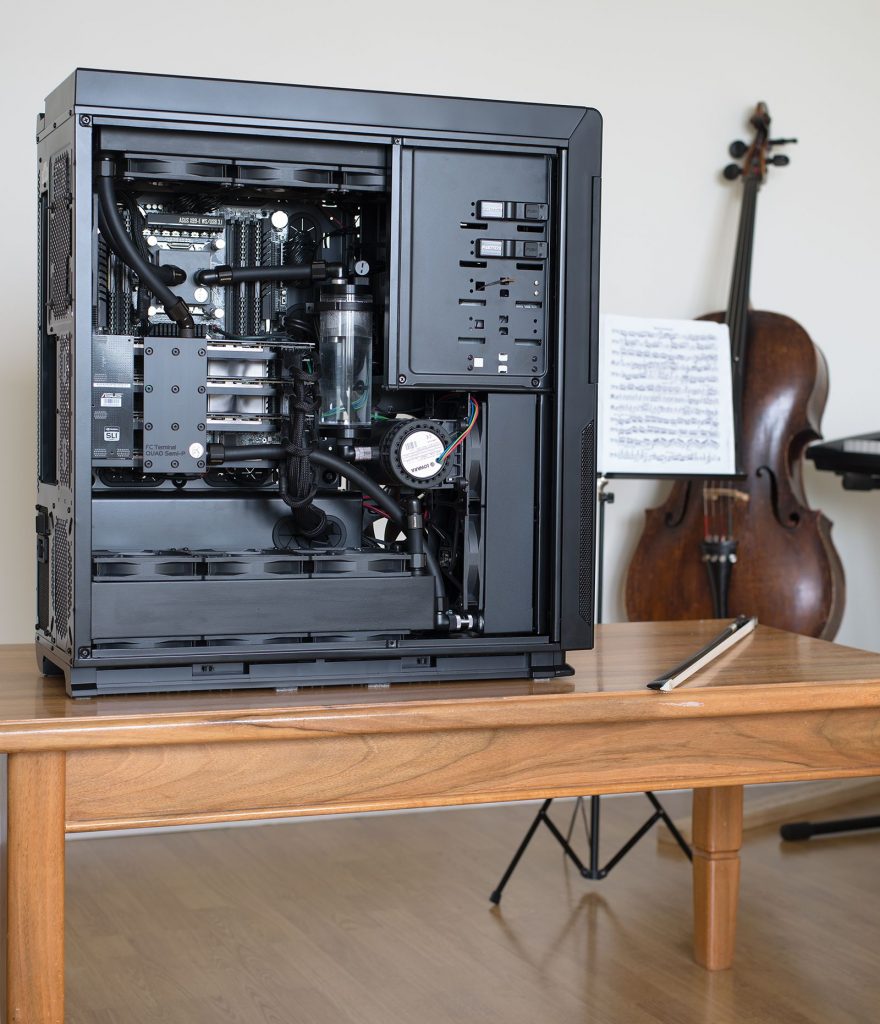 For storage, this beast of a machine uses Icy Dock and HDDs in the front(6TB and 2TB), and two SSDs (500GB and 1TB) for the system and working files. More specifically, the system is used on the 500 GB SSD, projects on the 1TB SSD, assets on the 2TB HDD, and the 6TB for backups and other personal itms. Above that you can see the Aqua Computer Aquaero 6 PRO which handles the watercooling.

And that’s it! Time to go render some more stuff.